Bro. Rob is a born again, Spirit filled man of God. He received Christ as his personal Savior in 1966 and was baptized at the age of eight in New Hope Baptist Church in Norristown, Pennsylvania. At a very young age Bro. Rob would stand in the pulpit, open up the big Bible that laid on it and would pretend to preach. He answered God’s call to preach and was licensed as a minister of the Gospel in 1982 becoming the first person to grow up in the church and become a licensed preacher.

In 1987-1990 Pastor Rob was ordained and Pastored Church of New Life in Norristown, Pa. He has been Assistance pastor, Associate minister and on the ministry staff of several churches.

From 1992-2013 Bro. Rob severed as the Public Service Director of WNAP, Gospel Highway Eleven Radio station. Duties include hosting the program “Let’s Talk About It”, acquiring guests for the program and maintaining a log of all programs aired.

Bro. Rob leads short term mission trips to the countries of Haiti, Dominican Republic, Mexico, Puerto Rico and Africa teaching and preaching the Word of God, ministering in clinics and other forms of out reaches.
In January 2010 Minister Rob and two Pastor Friends went to Haiti to help people who were impacted by an earthquake that  devastated the country. Minister Rob and his team provide medicines and clothing along with much needed prayer, guidance and teaching of God’s Word.

Bro. Rob provides apostolic impartation to other pastors starting or establishing churches in Haiti, Africa and the Dominican Republic. Bro. Rob also teaches and preaches the Word of God across the U. S. and helps other ministries in their work to start or build their own churches.

Bro. Rob is an anointed song writer and choir director. Along with his wife Monica they form an Anointed Praise and Worship team that have ministered together since 1982.

Bro. Rob and his wife Monica were married in 1982. The couple ministers under an Aquila and Pricilla Anointing opening their hearts and their home for fellowship to believers in Christ and to those in need.

Bro. Rob is a published author of two books, More than a Donkey and Yo God! Can You Hook Me Up With a Wave?!

Bro. Rob is a graduate of Philadelphia Biblical University where he earned a bachelor of science in bible and continues till this day to study scripture so that he made grow in the Word fullfilling

2 Timothy 2:15 Study to shew thyself approved unto God, a workman that needeth not to be ashamed, rightly dividing the word of truth. 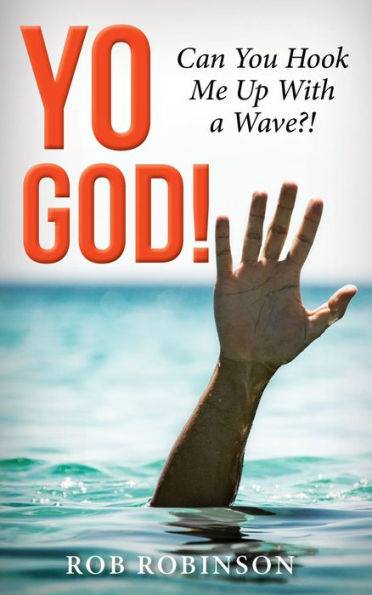